Note to self: Never try to promise a date on this blog while in college unless you want a sudden workload to complete within a month. Seriously I had to do like 4 presentations and a final paper by the end of April. Anyways, hopefully I will be able to post regularly during the summer now. Here is the review I wrote a few months back 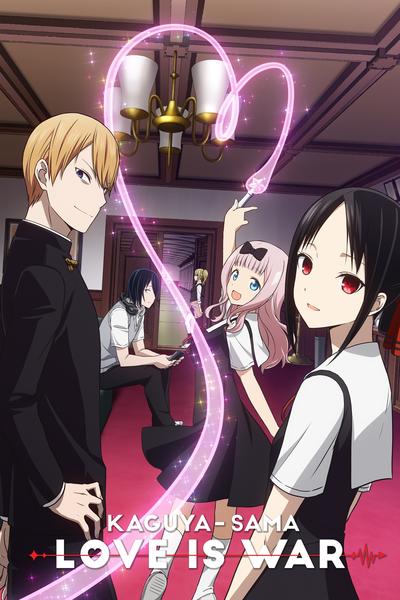 I was very confused when I was looking through winter anime on LiveChart and saw this anime had the psychological tag with romance and comedy tags along with it. But I soon learned why after watching the first episode. In summary, this anime follows the student council of Shuchiin Academy, a prestigious school for elite students. The story mainly follows the president, Miyuki Shirogane, and vice president, Kaguya Shinomiya, as the two try and get into the others head in order to get each other to confess their love. However, since both are far to prideful to admit such a thing, and the anime is one mind game after the other of the two trying to get the other to slip up and do something that could show or mean that they have romantic feelings for them, hence the psychological tag.

I honestly enjoyed this anime more than I thought, as the tsundere character is always a hit or miss to whether I like them or not. But I think why  like Miyuki and Kaguya is because it is obvious that the two definitely love each other but both are reasonably too prideful to want to confess first. There mind games, to me at least, never feel one-sided, both are constantly trying to think of ways to get the other’s confession first without trying to say their own confessions. And that makes this anime extremely enjoyable.

Of course the supporting cast also helps with making this show enjoyable to watch especially Chika Fujiwara. She steals every scene that she is in with her personality that can go from goofy and over the top to somewhat scary. Plus the Chika Dance has only made me love her character more.

The animation is also really good, especially with Kaguya’s eyes. An odd thing to point out but they are so expressive compared to Miyuki’s dull eyes, that being the point, to show more of the differences between the two. Also, since Kaguya uses more emotional tactics, it would make sense to make her eyes expressive during some of her scenes.

Speaking of Kaguya, I really love how her voice actress portrays her, going from regale and monotone, to high-pitched and emotional in a matter of seconds is something else.

If you are looking for a fun slice of life anime that can some how make mind games into a comedy, and a slow burn romance between two prideful characters, then this anime is defiantly  for you.

2 thoughts on “Kaguya-sama: Love is War”