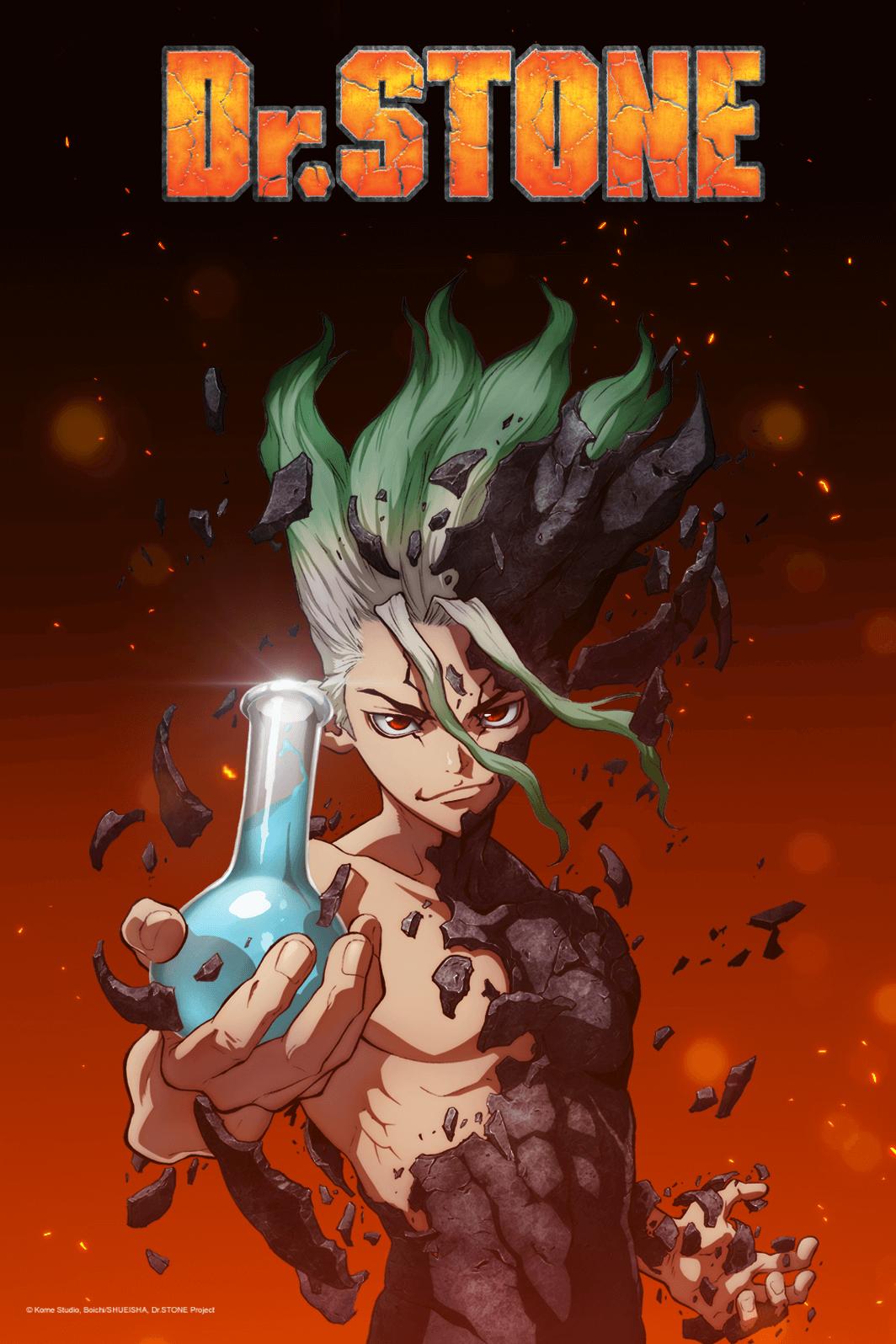 I was first intrigued by the premise of this anime, all of humanity is turned to stone due to a mysterious light, 3000 years passed and a few people have started to break free from their stone prison. Now they have to use the knowledge of their time to revive humanity and attempt to return the world to how it was. I was surprised when the show actually went into detail about the real life science the characters were doing in an attempt to survive and progress. I had assumed that they would just sort of glide around the topic or use more fantastical science like other sci-fis do. However, I found myself interested by the fact that the anime could slow down and explain what the characters were doing and why their were doing it. This is one of the reasons why the anime is a kind of slow burn, several episodes take time to give explanations on certain things, like making alcohol or black powder. I can understand that this might turn some people away from the anime, but it’s not all science all the time, there are character moments as well and while not big, there are some action scenes scattered about the episodes I have watched. I don’t know if that will grow in the future, but I don’t mind the lack of action.

Speaking of the characters, while they do follow archetypes, they are still intriguing in their own way. Senku, the boy in the poster, is the traditional super genius character, and is the person that mostly explains the science behind their actions, but he’s not a deux ex machina type of character, as even he as difficulty trying to find the right way to figure out a solution for a problem. The other characters, Taiju and Yuzuriha, have had their own character moments to shine, though not as much as Senku in the episodes I have seen.

Overall, I have had a very good impression with this anime, and I will go into more detail about my thoughts when it is over and I do a full review of the series. I would recommend that people at least watch a the first few episodes before they decide that this anime might not be for them.